How will we know it’s working?

What if I told you that is a loaded question to ask a consultant? This teleseminar will identify communication traps that slow marketing campaigns and business development efforts to a crawl and then offer some advice on what works best when establishing KPIs. END_OF_DOCUMENT_TOKEN_TO_BE_REPLACED 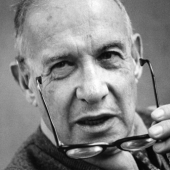 WorK, with a hard K, is trading your time and talent for treasure. That’s why it’s called work. You’re supposed to contribute to the company and make a profit.

Management requires you to reward top performers and move the bottom performers out.

In December, the New York Times ran an article about fake news and advertising networks, “Advertising’s Moral Struggle: Is Online Reach Worth the Hurt?” It’s a story about the challenges of algorithms picking ad placements in networks based on following prospects wherever they might roam online. What caught my attention is the comment that this:

“has inserted a new ethical cost into the automated advertising equation, which promises companies large, desired audiences at low prices with little need for human intervention”

After I read that, I thought, “Has it? Has it inserted a new ethical cost?” END_OF_DOCUMENT_TOKEN_TO_BE_REPLACED 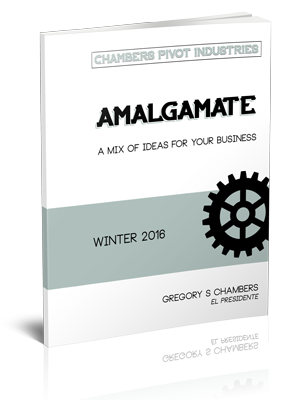 The Winter 2016 Edition of AMALGAMATE is ready for download. END_OF_DOCUMENT_TOKEN_TO_BE_REPLACED

How to Script Your “Why Us?” Video

Clients are adding more video content to their websites and most popular are the “Why Us?” videos, as in, “Hello viewer, this is why you should choose us versus our competitor.” Before you sit and shoot, get that script down. According to my video guru, it’s the number one way to make sure your video rocks. He even made me watch a movie on television show runners, http://www.showrunnersthemovie.com, that hammered home the point. If just having a video used to be cutting edge, having a strongly scripted video is what’s separating the best from the rest today. END_OF_DOCUMENT_TOKEN_TO_BE_REPLACED

Build on Your Strengths

This article originally appeared in Amalgamate: A Mix of Ideas for Your Business, Summer 2015

I have a bias. It happens when I think about your business.

I default to creating or uncovering the innovative ideas inside your business. Breakthrough concepts. I want to encourage visionary thinking. Invent ways to propel the business to the next plateau in the S curve of growth. END_OF_DOCUMENT_TOKEN_TO_BE_REPLACED

Yes, I take my own medicine. As proof, I spent the weekend applying some of my ideas to recapping 2016 and looking ahead to 2017. Specifically, I’m planned my flow of business for next year. I use this map, which you may have seen before. END_OF_DOCUMENT_TOKEN_TO_BE_REPLACED

Before you send that proposal. . . 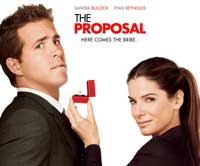 All there? Now you can send it. This article originally appeared in Amalgamate: A Mix of Ideas for Your Business, Summer 2015

As humans, we understand the concept of “future.” We project ourselves into it and understand our eventual mortality. As philosopher Stephen Cave puts it, “we live with this sense of personal apocalypse,” and it drives our busyness. It drives how we choose to spend our time. How we spend that time shapes who we become.

In my startup life there was a constant comparison and contrast to corporate life. Two of the words that took on particular meaning were “prioritization” and “allocation.” Everything in startup life was viewed as an allocation problem. As in “not enough resources to allocate.” Including Time.

In hindsight I should have realized that time was my non-renewable resource. It demanded prioritization, not allocation.

True wealth is self-directed time. Money is the fuel. The more we mindlessly work, travel, and respond to others, the lower our wealth regardless of how much money we’re earning.

I met a traveller from an antique land
Who said: “Two vast and trunkless legs of stone
Stand in the desert. Near them, on the sand,
Half sunk, a shattered visage lies, whose frown,
And wrinkled lip, and sneer of cold command,
Tell that its sculptor well those passions read
Which yet survive, stamped on these lifeless things,
The hand that mocked them and the heart that fed:
And on the pedestal these words appear:
‘My name is Ozymandias, king of kings:
Look on my works, ye Mighty, and despair!’
Nothing beside remains. Round the decay
Of that colossal wreck, boundless and bare
The lone and level sands stretch far away.”

1 Billion People Live on Less Than a Dollar A Day 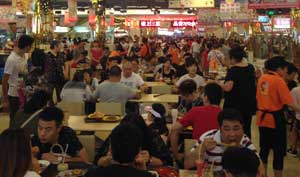 Late this summer I was lucky enough to travel to China and that stat resurfaced in my head. 1 billion people live on less than a dollar a day. Almost the population difference between the US and China.

While I didn’t see that kind of poverty in my visit, I did get a strong sense of the enormity of that number. The crowds were amazing. Everywhere we went, we dealt with the constant press of people. Some of whom noted our presence, (tall, white and obviously American, we stuck out like broken thumbs), but most didn’t notice. Mothers tended to children and fathers looked bored while standing in line, concerned more with getting where they’re going than what was going on with me.

I’m taking comfort in those memories as reminders as the election season finishes shaking out. Billions of people have other things to think about.

“The universe has as many different centers as there are living beings in it.” – Alexander Solzhenitsyn