“The project auctioned off thrift-store objects via eBay; for item descriptions, short stories by over 200 contributing writers were substituted. The objects, purchased for $1.25 apiece on average, sold for nearly $8,000.00 in total.” – Significant Objects

In today’s high tech world, the shift has gone from needing engineering talent to design, build and prototype to needing the soft skills of defining niches, establishing partners, and convincing people to join you.

How do you do that? You tell stories.

The telling of stories is what makes a boring legal theory brief into semi-interesting content that problem solvers look for. It takes a decorated t-shirt that sells for $9 in one store and sells it for $139 in another. Tell a story.

Significant Objects is a literary and anthropological experiment devised by Rob Walker and Joshua Glenn. It demonstrates the effect of narrative on a given object’s subjective value can be measured objectively.

It works. I saw a speaker illustrate this with a golf club.

“I picked this up at a garage sale” conveyed a particular value for the club.

“It used to belong to a professional golfer” conveyed a greater value.

“It was the club Jack Nicklaus used to hit his epic approach shot on the 17th a Merion to win the World Amateur Team Championship. The shot that began his legendary ascent into golf history” indicated the club is priceless.

What story is your business telling? What analogy best explains the problem your products solve? Figuring this out will improve new customer acquisition.

“Circumstantial evidence can be overwhelming. We have never seen an atom, but we nevertheless know that it must exist.”
— Isaac Asimov

Things will be okay.

You might think, how can you be so sure? Sometimes you just know.

For instance, this young man: 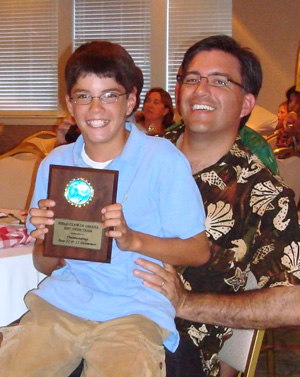 (pictured at age 11, fresh off a fun summer of swimming) This young man is looking ahead and forecasting a favorable outcome.

How can I be so sure?

Because he took the plunge and got engaged! 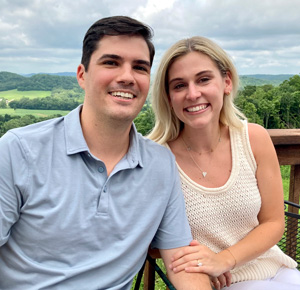