“The only normal people are the ones you don’t know very well.”
– Joe Ancis 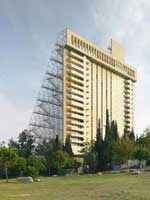 When your people talk to prospects and hear what sounds like an objection, what would you see if you peeked inside their thoughts? Do they think the prospect is defective? Do they think the prospect is omniscient? You’ll never know what goes on in someone’s head but how your people respond tells you a lot about what they think of the person they’re in front of. It’s important for you as their mentor/manager because before your people can deal with a prospect’s objections, they need to deal with their own assumptions.

Before I give you the secrets to divining the tea leaves of your people’s thoughts, let’s frame this. When your people hear objections they put the prospect on a point in a continuum. At one end is a defective prospect “they have no idea what’s up.” On the other end is omniscience “this one knows a lot about what’s up.” 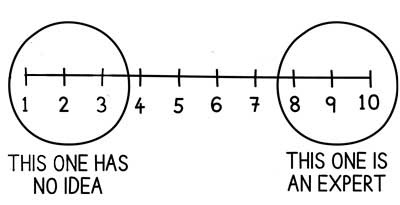 You can tell what your people think by what they say in response to the objection. It’s subtle, so let’s use an example. Your aspiring business developer meets a prospect for the first time and describes the work your firm does. After listening, the prospect’s eyes narrow and they say, “We already have that.” An objection! What will your person say?

You might hear something like, “I understand why you might think that. Others, in your position have thought the same thing, but what they’ve found is. . .”

Or you might hear something like, “Some of my best customers started out saying the same thing, but let me ask you a few questions. . .”

The first is a hint your person is leaning toward a prospect who doesn’t know things and I hear it a lot in business development conversations with mid-level managers. The second response suggests your person thinks the prospect draws from a deep well of experience and I hear it when they’re dealing with directors and other higher-level executive life forms.

Why do I say you need to deal with your person’s default objection positon before you can help them? Because as great as either of those responses are, they come from a position pregnant with assumptions. Help your people understand their default position then help them check assumptions before proceeding.  In other words, meet your people where they are before you help them get where they need to go.

Next week, listen for indicators about your people’s default thoughts in common situations. Help them recognize their assumptions and give them tools to check assumptions before responding. It’s eliminates a lot of frustration and is the shortest path to your people getting the results they’re working for.

“The International Building Code has established doorknob height between 34 and 48 inches above a finished floor. Installers typically drill the hole centered 36 inches above the floor…”

You know what else is about 36 inches from the floor? My belt loops. Most mornings I execute a complicated maneuver while exiting my home. It involves balancing a travel mug of coffee, keys, phone, and briefcase while holding the storm door open with my rear end and shutting the front door. A 3 out of 10 on the scale of difficulty at best.

In the month of October I hooked my pants’ back belt loop on the handle and ripped it out on the way to a meeting. No major damage, just a dangling belt loop on a pair of slacks. But here’s the thing. . .it happened again this week!

I don’t know why I’m sharing this with you except that I’m afraid to take the second pair of pants to the tailor and having to explain how I have gone a decade in this house without tearing any apparel on the storm door. (the hook my wife uses for her various seasonal wreath-like ornaments is another story) I don’t know what it is, but something’s changed. Maybe my new shoes have a little extra lift? Maybe I’m shrinking?