Do You See What I See? 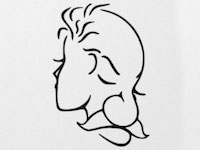 Add some emotion to your vision of the future. While a logical explanation of where you see your business going may make perfect sense to you, it’s the emotional description of your vision that will shake the trees and move mountains. Let me give you an example.

I finish describing the F (Focus) in the acronym FIT from my book The Human Being’s Guide to Business Growth to a group of business owners and I note a pained look from one of the participants. “James, you have a look on your face that tells me we have a disconnect. Would you like to go a little deeper into this? We can use your business as an example.”

He shifts in his seat and tells the group that he isn’t comfortable describing the future to his team. He has a small accounting firm and his people aren’t the kind that get inspired by rah-rah visions of the future. They know why they’re working and understand what the future looks like. It’s not that difficult.

What James is expressing is common in my work with super-intelligent, expertise driven, professional service firms. Emotion is viewed as manipulative, fickle, and desperate. Logic is reliable and comforting. At the most, a logical description of the future is all that’s needed. Their people are smart and can see where the firm is going. Plus, not that we’d do it, but if we did describe our vision of the future, what happens if the vision isn’t inspiring?

It’s this last point that I focus on with James. “What is your vision of the future?” I say. To be bought out by the junior partners for a lot of money, he offers half-jokingly. It’s a group setting, so we decide to run with that short description as the example.

James is describing an outcome that he thinks is uninspiring because, we’ll assume, it benefits him and involves junior partners working hard to build the value of the firm that they will eventually have to pay top dollar for. The question on the table is, without being manipulative, how can we turn this vision of the future into something resembling the Focus I describe in my book?

We’re going to start by asking ourselves why being bought out for a lot of money is important, but we’re going to do it from the junior partner’s point of view.

These answers are more emotional than logical, but is that manipulative? Is that desperate? Or did it give a more nuanced view of the many, many reasons a junior partner has to buy out a successful senior partner in a premiere firm?

Years ago, while attending a sales course, the trainer told our class that everyone tuned into one radio station: WII-FM. What’s In It For Me. That is what your Focus needs to do. It needs to be powerful, yet flexible enough to allow your people to tune it to their individual frequencies. Guide them toward the elements of the future that means the most to them.

We close this example by telling James and the others in attendance they can use these questions to convince themselves that an emotional description of the future is more powerful than a strictly logical one, but in the end, his junior partners will buy in for their own reasons.

In the end, no matter how powerfully James can describe his benefits of ownership, his junior partners will have their own ideas they’ll hold on to. Their own answers to “and this is why I am willing to work so hard at this.”