In this issue: Good Reminders

“A wise man proportions his belief to the evidence.” David Hume (Scottish empiricist and hat aficionado)

Thursday was the birthday of novelist James Baldwin. In recognition of his birthday, someone in my Twitter feed posted an exchange between Baldwin and a guest on the Dick Cavett show where Baldwin defends why he doesn’t just ignore race/racism, put it in the past, and move forward. What followed showed the power of soft evidence to overwhelm an argument.

It reminded me of courtroom lawyers. In the courtroom, lawyers know that people don’t make decisions logically. The don’t weigh all the evidence. They don’t consider all the counter-arguments to every argument. They don’t take in all the factors.

People latch on to a main idea, come to a conclusion, and stop considering evidence to the contrary. As Paul Simon sings in The Boxer, “a man hears what he wants to hear, and disregards the rest.”

I help clients work through and classify evidence for making decisions in their businesses. We put it into 1 of 4 categories

Breaking evidence down this way allows us to prioritize and manage risk. For example, if we’re considering a request for new technology which will solve a problem, we go looking for evidence. Evidence that the problem exists and to what extent it exists, as well as evidence that the technology will solve the problem. Sometimes we end up with hard evidence, sometimes it’s third party industry evidence, and sometimes it’s soft evidence.

What caught my ear in the James Baldwin clip is that he eloquently states, I don’t need hard evidence because I live it. Every day.

Next week, take the time to ask for evidence and mentally track where you’d classify it. Don’t discount soft evidence or even no evidence because sometimes it’s a powerful as the most rigorous studies could ever be.

An article in a magazine

I wrote an article on objections for Canvas magazine that is published this month. If you’re a deep reader of all things Greg Chambers, you will find it familiar because it’s about talking money in the right ways and at the right times.

Overcoming Price Objections Before They Overpower You 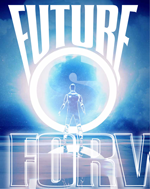 Click on the link or the image to get a copy, gratis.

If you’re brave enough, you can invite me in to talk to your team about this and other topics that make them shift in their seats a little. We’ll demystify business development, helping your team hold more value and maybe even create additional value in the process.