I’m feeling like the last week in September could use a good dose of Stoic maxims. Like all maxims (short, pithy statements expressing a general rule) they are best at providing high level insights into life, or ropes to grasp at to stay on course.

Your solution, your product, your skill, or your knowledge has no inherent value. Value is derived from the problem solved or the result attained. 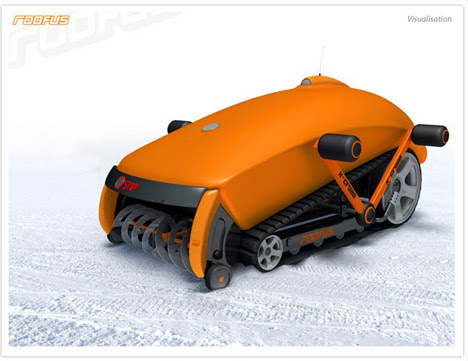 I’ve had some value discussions this week but none of them were framed as such. One was about being asked for favors from good-for-nothing relatives, one was about closing off a service overused by deadbeat prospects, and one was about the lack of negotiating by the employer for a new employee. What all of these had in common was the focus on how it was almost offensive how little value these audiences held the solution, product, skills, or knowledge of my esteemed colleagues.

To my ears, on the other hand, each story is an example of the freeloading party’s lack of problem or need for the result of the transaction. As I’ve said before, the value you’re looking for is hiding in the problem being solved or result being attained.

It’s a liberating thought. Knowing that the value of your solution is not in your possession, but actually resides with someone else changes the game. Instead of being hell-bent on proclaiming your value to another, you can be hell-bent on understanding how much the result will mean to them once attained, or just how deep their problem in.

Think of it this way, imagine I show up at your office wheeling in a snowblower. It’s not just any snowblower, this one is powered by solar with batteries that hold their charge for months at a time, even on cloudy days. It can dust off sidewalks, flagstone paths, grass paths, and pea gravel porches without making a mess. Once you show it around the property, it’s AI powered brain senses the weather and operates independently for the entire winter. It’s pet safe, environmentally friendly, and goes looking for old people in a 1 mile radius to help. The best scientific minds in the world have been working on this for decades. It does everything.

You nod your head, smile, and say, “Greg, that’s an amazing machine, but I live in a penthouse apartment in a high rise. And this is Phoenix.”

You get my point, value does not derive from the product. The value of my futuristic snowblower to the person in Phoenix will pale in comparison to the value for the yuper living in Houghton, MI where the annual snowfall is 218 inches.

My advice to all of the parties is similar to one of the Stoic maxims in the first section, “Waste no more time arguing what value is. Go find it.” To my friends in the Front Range that have a chance to see Beck at Red Rocks on Monday: do it.

My lovely bride and I went to see his show this week, part of our new “empty nester lifestyle.” (If you’re not familiar with the ENL, it’s when you do all the things that you’ve been using your kids as an excuse not to do. Happy hour dining on a Tuesday, concert an hour away on a Wednesday, etc.)

We’ve been fans of Mr. Hansen since we picked up “Mellow Gold” as part of our Columbia Records subscription, and with 20 years of music we’re fans of, he had us sweating and dancing from start to finish.

I have never been to the venue, just outside Lincoln, NE. It’s called the Pinewood Bowl Theater, it’s an intimate outdoor ampitheater in a park, it holds about 6,000 people, and it’s great. Did I mention it’s intimate? When I picked or tickets out, I thought, “empty nesters sit close” and picked the closest seats, which were stage right.

They were close. It turns out stage right is also where a floor to ceiling speaker stack is located. When the opening band, Julian Casablanca’s punk-like group, The Voidz, cranked up the volume, it’s too much for old ears. I look over to Laura and she’s visibly cringing, like she’s trying to hide from the noise. I hand signal to her that I’m going to run up to the first aid tent for ear plugs and start the hunt.

(FYI, if you want to open a little side business, you can order a box of 200 earplugs for $27 on Uline and sell them to the front sections of the Pinewood Bowl Theater. Speaking of value hiding the problem being solved – at that moment, I would have forked over $10 per pair – today, they’re worth nothing to me.)

From tent to tent I run until a nice lady serving overpriced beers takes pity, digs into her apron and tosses me two pair. The rest of the evening is amazing. From watching the guy in front of us down 3 giant Goose Island IPAs and then have to “take a minute” walking up to the exit, to seeing Laura get her shimmy on, to a nice drive home under the stars, it was a nice evening out.

I still miss the kids though. Just sayin’.