…there is always a well-known solution to every human problem—neat, plausible, and wrong.” – H.L. Mencken 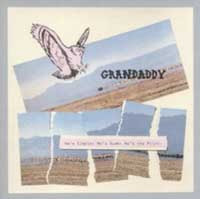 Most growth problems we deal with fall into 5 buckets.

Bucket 1: Strategy is not communicated or mixed up with tactics.

Bucket 4: The wrong people are still in the wrong places.

Bucket 5: No one asked the customer.

“I don’t think anyone says that anymore, but whatever.” 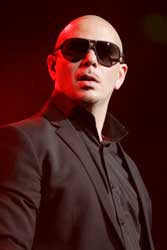 A tall, good-looking Uber driver arrives to take me to the Madrid airport. He is lean, bald, and looks like Pitbull, if Mr. Worldwide were an ex-athlete and over six-feet tall. His English is rough, my Spanish is rougher, but we load the suitcases, confirm the airport terminal, and head out.

It’s early in the day, and as I’ve learned, nothing gets moving around here before noon, so traffic is non-existent as we head out of the city. This charming man wants to talk, so we get to work finding a common topic we’re proficient at. I learn he’s from Cuba, has 3 kids from 3 wives, each from a different country, the last being Madrid. He’s fascinating. He tells some wonderful hard to understand stories of the riders he’s taken around, including one story where he says something like, “the poor, when they die, don’t go to Heaven poor, just as the rich don’t get to take their riches with them.” He’s very poetic, my Cuban-Pitbull-but-taller-man.

The longest lived topic we settle on is music. Specifically, 80’s music. He loves it. I love it. The game we play for the second half of the trip is Eduardo trying to remember the names of his favorite band/singers while I guess at whom it might be.

Michael Jackson? Got it.

Bonnie Tyler? This takes a minute but I eventually dug it out.

I know the origin of the word, and since he’s from the Caribbean it’s not a slur, but my brain begins to freeze.

His eyes search mine in the rearview mirror for recognition. “You know,” he pleads, “he is a tall white man, but he sings like a n**** man,” he re-states in his broken English.

Time slows down. My brain starts urgently rummaging through its files before I hear him say it a third time, leading to a new, stranger line of discussion.

“Yes! Yes! Michael Bolton!” he says, smiling at me in the mirror as we continue the journey.

My tension melts away.