“My psychiatrist told me I was crazy and I said I want a second opinion. He said okay, you’re ugly too.” Rodney Dangerfield 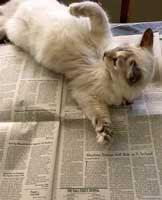 Most big deals start as small deals and grow over time. Occasionally, your business development person drags a new big deal up to the door and it’s a very exciting time around the office. Everyone pokes and prods and sometimes, before it closes, it gets stuck. Why? Lots of reasons but generally they fall into one of these buckets.

How do you get these kinds of deals unstuck? Start by taking an honest assessment of which bucket the deal may be stuck in.

Next, bring in a 3rd party. They can be internal, they can be external, but they should not be emotionally invested in getting the deal done. Their job is to go through everything with you and dig in with the client, asking all the same questions again.

It works for the same reasons my wife can find my keys in a fraction of the time I can. No assumptions. She doesn’t tell herself, “I’ve already looked there,” and skim the surface.

Get a new set of eyes in there. Get un-stuck.

Love in the Time of Covid-19

Last weekend I spent the afternoon with 18,000+ white-clad Creighton fans, and we watched the mighty, mighty Bluejays take down Seton Hall for a share of the Big East college basketball regular season title. It was amazing and left me feeling a little tipsy and delirious.

After watching the confetti fall on students storming the court for a bit, I have to answer nature’s call. There are a few high-fives, fist bumps, and elbow knocks in the queue but I keep to myself. After doing my thing, I head to the wash bins and for the first time I can remember, there is a line at the sink to wash hands. I think, “Good job, humans! Protect the herd!”

As if on cue, the guy at the sink next to me says in his outside voice, “Man, must be a lot of surgeons here! Amiright?!? Har, har!”

I mutter a little too loud, “Well, I don’t want to be the guy who kills all the old people,” feel an instant flush come to my cheeks, and think, shut up, Greg. There’s an awkward pause.

“Me neither,” he mutters back, and we both get back to scrubbing.