Chambers Pivot: The fourth year that was at CPI

3 Things You Can Use

Each fall I look up and think, really? Another year?

This is the fourth annual recap for Chambers Pivot Industries, LLC. In case you didn’t know, every year I take a full day and think about the year that was, then sit and make a big list of hits and misses from the year. From that point, I narrow the big list down to a few useful ideas for you.

Here’s what I came up with from year four.

I meet a friend at a local coal-fired pizza restaurant (Pitch in Dundee if you’re ever in Omaha), enjoy an early afternoon beer while discussing his future opportunities. I bring up the importance of moving through the marketplace and being open to whatever he runs into. My companion says something that sticks with me for a month.

“Well, that’s easy for you to say because you’re always out talking to people and making things happen.”

I expertly turn the conversation back to him, encouraging him to find his own way to get active, find his own fit, etc. but it feels hollow. 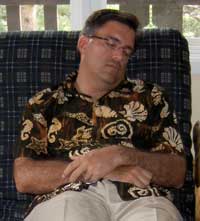 Here’s the thing: on reflection, my biggest miss last year was that I didn’t talk to enough people. I know that sounds like a bad job interview reply, “An area for improvement? Well, I could work less hard,” but it goes deeper than that. I regularly suffered from call-reluctance and that kept me from getting through and expanding my address book. An address book, by the way, that studies show represents a fraction of the people I know.

I know how important it is to talk directly to people and not hide behind emails and marketing tactics because my business depends on enlightenment. It depends on my ability to provide insight to my target market. That requires conversations. Lots of them.

I even put it on my priority list this year, “Testimonials, Economic Buyer Meetings, Product Launch,” but I didn’t do it enough. Back of the napkin math tells me that my inaction cost clients millions in revenue which translates into hundreds of thousands of dollars in projects. I hate to even add up the future opportunity costs. I’ll chalk it up to being human and work on fixing it.

As one of our presidential candidates would say, “sad.”

If that’s the big miss, this is the big hit. This year, a client sold his business at a multiple far above what similar businesses sell for. And I inadvertently had a hand in it. Let me explain.

My work with his company was simply to help increase sales, and we did it the way I know how. We focused on making the process predictable to make it easier for him to invest in marketing and sales.

That led to my biggest lesson from the year. 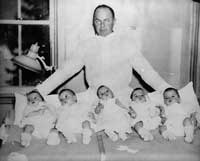 The more predictable a company’s revenue is, the more that company is worth to future buyers. It makes sense because the bigger a company is, the more it’s worth as a multiple of revenue. But small companies can pull in those same premiums if they can demonstrate a predictable way to future growth.

Up to now, I have been focused on revenue growth because it’s an easy way to measure success. Going forward I’m going to add in a measure for increased business value too.

So lesson one is that business buyers, investors, bankers, accountants, and their lawyers put a high value on predictable revenue, even if they don’t describe it that way.

Lesson two is that in very small companies, 75 people or less, having the right people on your team is more important than it is at large companies.

On the surface, this is a “duh” comment, but hard to put into practice for a couple of reasons. First, it’s hard to find people in the daily press of business, so we live with who we have. Second, once they’ve been there long enough, the idea of the right employee switches from being a logical, rational thought to being a strictly emotional one.

I sat front-row this year on two occasions and watched clients deal with having the wrong people on the team. From what I saw and what I’ve seen in the past, I can offer this advice. If the employee in question is not in leadership, cut ties quickly and be generous. It will cost less than keeping them around for weeks or even months.

If the employee is in leadership, or happens to be the leader, before taking action, split their deficits into two columns. One is performance and the other is ability to communicate vision. If they are missing performance targets and struggle to communicate your vision, they need to go. However, if they are missing targets but do a great job of communicating the vision, I submit that you invest in them because that’s a management issue. You can teach management. 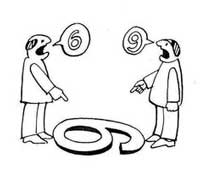 Third lesson from the year. Bring in talent from other industries. I was involved in a key hiring decision and learned a very important lesson. You are an expert in your industry’s details.  That said, your business will benefit more from exposure to another industry’s approach than by adding another industry expert to your company.

That’s the lesson. Be open to hiring from other industries. The learning curve will be steeper for the new hire, but if you’re patient, and they understand their work in a way that let’s them bring the other industry’s processes to you, your company will benefit. You teach them your content while taking the best from their processes.

There you have it. Three client lessons that you can implement in your business today.

What else do I have for you this year?

Books. I read an average of 2 books a week.

I take that back, I start 2 new books a week and finish the majority of them. I’m staring at two on my desk that I just can’t get through, but generally, each and every book I pick up has one or two worthwhile ideas.

These are 3 of my favorite business books this year. 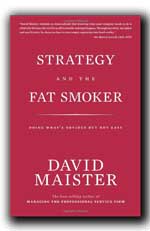 Strategy and the Fat Smoker by David Maister. The premise behind this collection of essays is simple – we know what to do because it’s obvious, but that doesn’t mean we’ll do it. The analogy of the Fat Smoker runs throughout. It’s obvious he  need to lose weight and quit smoking, so why doesn’t he take the steps necessary? Maister used to teach at Harvard Business School, and his writing can reflect that, but it’s too full of implementation gems to ignore. 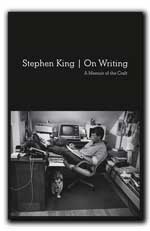 On Writing by Stephen King. It may seem odd to include Mr.King’s stories about being a writer in this section, but his process is something to behold. As he states, not every writer will become a great writer, but competent writers can become good writers. That idea applies to more than just writing, it’s the basic idea behind my consulting advice. You have to work hard to get good and it’s silly to compare yourself to the greats. That will only limit your effort and keep you from being the best version of yourself. The book is a bonus if you’re interested in telling better stories too. The man is a master. 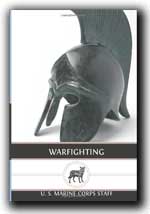 Warfighting from the Marine Corps. This one came on the recommendation from a talented investment guru. It’s slim because it’s devoid of any stories or examples, but therein lies its beauty. It’s a straightforward book on battlefield strategy that contains one of the best process visuals I’ve ever seen. A description of war at the Strategic, Operational and Tactical levels. When at peace, those 3 levels exist independently of one another across entire units, however in crisis those 3 levels get compressed into a single independent troop on the ground. Pick it up. It’s short, dense, and thought provoking.

I made one purchase last year that instantly brought a smile back to my face when I ran into it during my annual review. If you celebrate Christmas, or are in the habit of keeping live trees in your home, you have to get one of these: 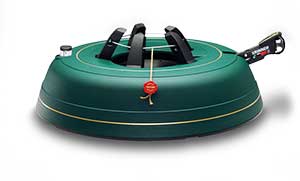 The genius who engineered the KCTG obviously spent years setting up and caring for a forest of trees because it fixes everything I hated about my old tree stands. Just seeing that little water level bobber on the top left makes me smile.

I love it when something works even better than expected.