Send Me a Proposal – Working Through Price Negotiations 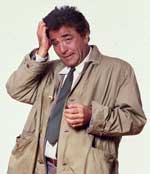 I sit through sales presentations. Many of them. Sometimes it’s with a professional sales person in traditional selling appointments and other times it’s with senior executives and labeled business development, but in every case it’s a conversation about an exchange of dollars for products or services.

As the conversation concludes, there is a thing that happens with pricing. It’s not the early ballparking discussion that I’ve discussed here and here, but closer to the final negotiation, the “send me a proposal” part of pricing. In this article, I’m going to touch on this part of the pricing discussion which sounds something like, “You said it’s going to be around $50,000 and that sounds about right. Why don’t you put everything we’ve been talking about into a proposal and send it to me.”* Both parties are in general agreement and now it’s time get into the details before exchanging money and services.

This article is about that transition.

The tendency at that moment, the time when both parties have narrowed the options to a point where a decision to go or not go can be made, is to say, “great! Let me get that to you!” and hustle out of the room. It takes so long and is so rare to get to that point if you’re selling high value, high margin products and services, that you’re ready to launch. There’s no shame in that, but next time it happens I need you to do something for me.

The urge to agree and to go straight to proposal is so strong that sometimes, you blurt out “okay!” without thinking. I’ll give a couple of ways to stay in the conversation at the end of this article*, but in the meantime I’m going to cover some rules around what needs to happen before you work up a proposal.

First, the proposal is the recap of the conversation. There should not be any new insights in the proposal. No stray thoughts or, “I should have mentioned this before” disclaimers. The proposal confirms your agreed to outcomes and proposes alternate options on how to get those outcomes.  Nothing new in the proposal. If you think of things you missed, call and discuss them, don’t introduce them in the proposal.

Second, introduce the idea that you will be giving them options to achieve the outcomes they want.  Doing this results in fewer price objections because it moves the prospect from thinking “Do I want to do this, yes or no?” to “What’s the best way for me to do this?” Confirm that the options will fit into the previously discussed resource limits such as the budget, the number of people that can be dedicated to the project, and the timeframes for starting and stopping.

Third, the proposal needs to be delivered in person, so set up a follow up time or two before you leave. If you’re out of town and in person follow up isn’t practical, set a follow up call and send the proposal via Fedex. Consider using a video service like Skype. Communication is hard enough in person face-to-face, it’s harder without the non-verbal tools you’ve been using since birth. Double check that you understand their internal decision process by asking them to describe the company’s decision process to you one more time.

They fall into three areas:

These detailed pricing objections will be easier to deal with because you followed the rules. When you cover the proposal in person, you can address new requests that weren’t in previous discussions. They are easier to hear because you haven’t introduced your own. The resources you’re requesting to achieve the outcomes fit into one of the two or three options you’ve suggested. In general, I want to see one option fit well under the discussed resources, one option that is close to 100% of the discussed resources, and one option that ignores resources and focuses on getting the desired outcome as quickly as possible. That gets their brain thinking about how to solve the problem, not whether or not they should solve the problem.

You’re right. We are not selling widgets, outputs, or obscuring price behind some opaque industry practice, we’re selling professional services to achieve meaningful business outcomes. If part of achieving those outcomes is that we have to be “all in,” then it requires convincing yourself that it’s worth the effort. Part of convincing yourself that it’s worth the effort is getting beyond price as the only objection to handle, treating it as just another resource, no more significant than personnel and your most precious resource, time.

My point is that you can get to those right now, before you leave. If you remember. It’s what I’m talking to my sales and business development people about on a regular basis, because although it’s a simple concept, it’s not easy to work through. People jump all over the place in conversation, so it’s imperative that you know where you’re going.

This is a good time to offer a couple of ways to stay in the conversation, even if the conversation has verbally come to a conclusion with the client saying, “I look forward to seeing the proposal.”  As a matter of fact, we’re going to make that the trigger. “Send me a proposal,” becomes the click switch that reminds us of the Three Pre-Proposal Rules. Here are two segues that give you permission to re-enter the conversation.

That’s how I want you to work through price objections when selling professional services. What has happened, will happen right? If you know where the objections are likely to occur and what their theme will be, your job is to head off the pricing objections by addressing them right now. The earlier you work through them with the client, the less power an objection has over you. It’s a partnership, right? Treat it like one.

* I know it’s more likely you say, “Why don’t I put together a proposal for you?” but the sentiment is the same.