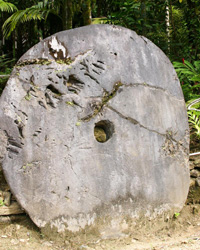 Did you see this article?

I picked it up from my friends Datafiniti. (Gracias)

In case you don’t have time to read that article or the original blog post that spawned the article, (man, the web is confusing) no worried. I’ll use Mr Derrick’s quick synopsis:

In the fight about royalties from streaming media services like Pandora, Popular cellist Zoë Keating says she’s willing to give up the money in exchange for data. It’s an idea that’s gaining traction elsewhere, too, as more companies are paying consumers for their truly valuable data.

There’s a lot going on in there. From my buddy Dr Robert Cialdini’s Law of Reciprocity to the rant from Malcolm Gladwell about commenting on the comments about ideas without reading the source material that happens on the web to the invention of money as explained by This American Life. Good stuff.

Here’s my takeaway. We’re moving from anonymity to a world where we expect that our information is out there “somewhere”. I help companies with this every day when by helping them take content and “trade” it for information from prospects. We can fight it or we can try to change the conversation and find a way to profit from it.

My daughter is in college and we have been having this “privacy” discussion for many years. Suffice it to say that we don’t see eye to eye. That said, I’m not sure the divide is any larger than that between me and my parents. Things change. Try to keep up!

So, am I surprised that a burgeoning music artist is looking for more than her $0.011 per play in the form of data? Not at all. I applaud her attempt to change the conversation. (side note: an old roomie of mine and I used to do something similar to track the popularity of his band back in the Napster days. Trading a lot of songs by similar artists to collect usernames that we could float his songs to. I should have stuck with it. Meh.)

That’s the way to work with change. Try to see it as an opportunity. As Jim Rohn says, “Don’t like how things are? Change it! You’re not a tree.”

Not a tree. That’s good stuff.