How to Become A Successful Sales Manager 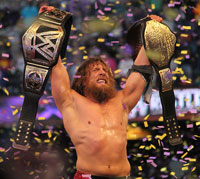 Two sales managers are promoted. Both are given teams of the same size, producing similar results, and are instructed to increase results. Both managers are given the same annual budgets, the same support systems, and report to the same VP. A year in, the VP notices a small gap in performance, but both teams are doing better, the VP is happy. Two years in, that small gap has grown and one team is clearly performing better, from the lowest sales rep to the top. The VP wants to know why? What is the difference? How does one become a successful sales manager?

Without interviewing or knowing the managers in question, I will give you one difference between the two. The best way to explain it is to think of a single sales representative and their new objective. 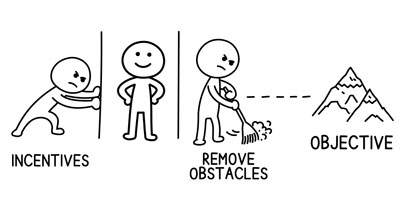 All sales managers use both approaches because they work, but the best sales managers identify and remove more obstacles between their reps and the goal than the managers focused on incentives. This doesn’t mean the best managers don’t have a knee-jerk reaction and focus on incentives, which is very human, but it does mean they spend more time identifying and removing barriers between their reps and goals.

The interesting part to me is that they have to do it on purpose. It’s much more intuitive to come up with incentive programs to change behaviors versus coming up with ways of altering the playing field.

My advice to the VP is to regularly ask their managers this question, “What can we do to make your rep’s jobs easier?” because that’s what the best, most successful sales managers do. They spend time wondering about each rep, asking themselves “why aren’t they doing what they know they need to do right now?” and in addition to incentives, consider ways to remove obstacles.